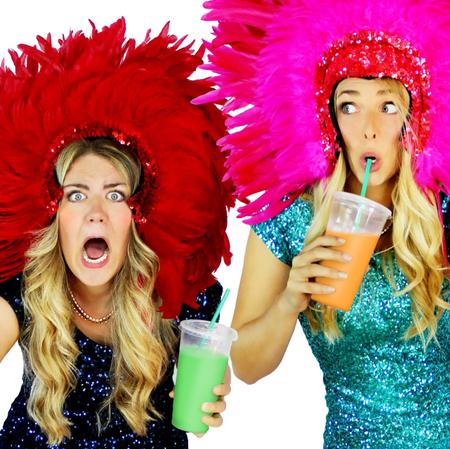 Liz and Tilda, two Australian half-sisters in their mid-20’s take off on an adventure around the United States, leaving their greyhound racing family (some of whom are in prison) an ocean away. We find them on the eve of their return home in a small casino town on the Nevada state line, after a debaucherous journey.

Nearing the end of their resources, the girls burn quickly through options for nightly entertainment and fall victim to the charms of Jose who lures them back to his hotel room. There, his business partner Benito awaits ready to present them with the opportunity to gamble upon two tortoises. Not sensing the serious nature of their situation, the girls bet over their heads and wind up alone in the desert, owing ten thousand dollars to a notorious gangster, with three weeks to pay it back.

Under attack by the elements and stripped of all their possessions, Maci, a sassy redhead comes to their rescue and promptly proves her ability to get her way with the law. In need of shelter, the girls turn to their only known relative on the continent, the ever nervous Nigel, who resides in an RV in the backyard of his aggressive land lady’s house in Venice Beach, California.

The film follows Liz and Tilda’s quest for cash and thereby freedom, enlisting an entire community of new found friends while keeping their predicament on the down-low from their mother. With the constant distraction of romance and hippies, they manage to devise crafty plans to keep their heads above water, earning money any way they can while under intermittent surveillance by callous crooks.

Tangled in a crime ring, the girls and their friends resort to drastic measures in an effort to escape alive, taking matters into their own hands when faced with an ultimatum. At the edge of their fate the girls find themselves unwittingly exposing a mystery surrounding their family's dark past.

Through the hardest of times, they learn to embrace what is right on their rent-free caravan doorstep: Friends and family. With a side order of juice.