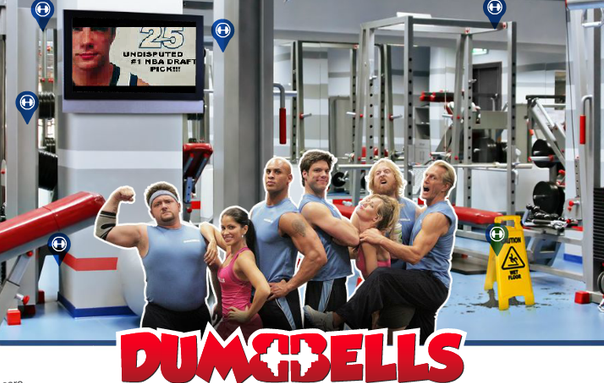 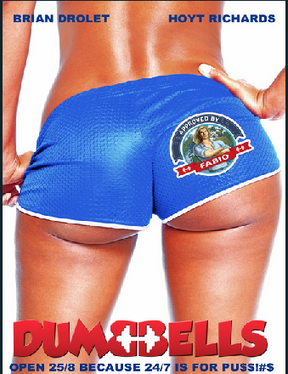 Dumbbells is a light-hearted buddy comedy set amongst a group of misfit employees that work in a struggling fitness center in the Los Angeles area. Reminiscent in tone to independent films such as Waiting and Office Space, with an element that pays hommage to the dialogue rich 80's throwback comedies like National Lampoons.

The movie focuses on Chris Long, a washed up college hoop star turned trainer, who’s plagued by bitterness from past misfortunes. Having once had plans for a lucrative NBA career and “the easy life,” Chris’ now finds himself in an existence that lacks purpose and direction. The story takes a turn when new owner, Jack Guy, a shallow Hollywood type,arrives on the scene. Armed with “big ideas,” (and plenty of his own secrets) Jack unleashes a plan to turn the gym into a reality show. Conflict arises when Chris and most of the staff resist Jack’s “ideas” at all costs. Nothing goes as planned, but in the process,  Chris and Jack forge an unexpected friendship. As a team, Chris and Jack are able to assist each other in facing their demons from the past, and as a result, they’re able to lead the group down a path toward fulfilling all of their dreams.