A sailor lost at sea is suffering from scurvy and memories of good health. She lands on the elusive orange island where she is greeted with sand and sun and vitamins.

Narrated by the masterful Neil Gaiman and based on his poem In Relig Odhrain, this is a tempestuous tale of sacrifice and faith. Director Jim Batt brings Gaiman's poem to life with beautifully illustrated paper cutouts, meticulously animated using stop-motion techniques and in-camera visual effects.

A content moderator works via her cell phone in a bar. While she is moderating the repugnant content of the web, she also needs to repel some annoying characters who bother her.

In the snow-covered ruins of 24th century Toronto, AEGIS, a humanoid war machine, leads a team of five robot-bound digital-humans into the the real world (aka the "E-X-T") to retake an enemy-occupied server installation vital to the survival of their digital homeworld. 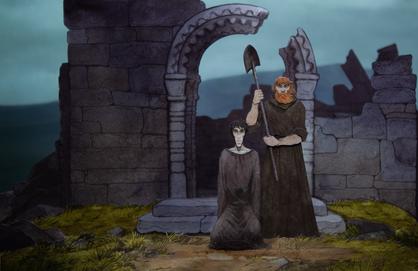 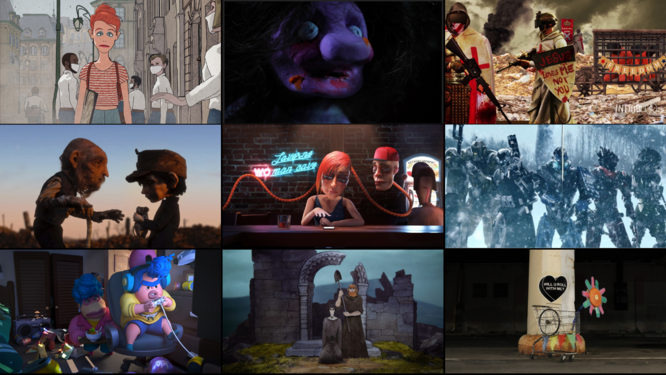 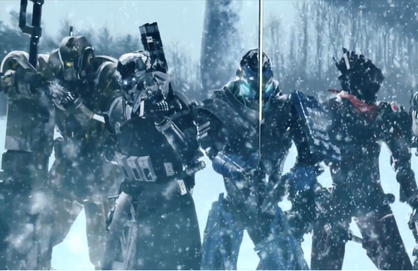 In a world without human beings, stray shopping carts search for purpose and companionship. This is a story about a cart, a scrap metal flower, and its search for a mate.

In a heavily polluted world, a young woman mourns the disappearance of animal species. When she falls ill due to a bacterial infection, nature appears to send her a message in her hallucinations.

A dystopian glimpse into the fall of contemporary western society by Madrid punk band A.C.T., animated and directed by Madrid/Minneapolis artist, Alfonso Cronopio.

Sherry, a single mother struggles to connect with her reclusive son but soon finds help from a mysterious nanny who changes everything through some unconventional methods.

On his first day of work as a miner, Martin, a cocky teenager, will learn the importance of rituals and respect for ancestors.

A journey through imagination, finding a place called home. 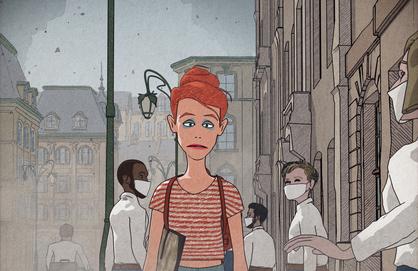 'Girl and Robot' follows the story of a traumatized young girl who is chased across the desert by officers of the state. On her way, she meets a Robot who is afraid of being left alone. As the pursuers catch up, the Girl and the Robot must work together to survive. 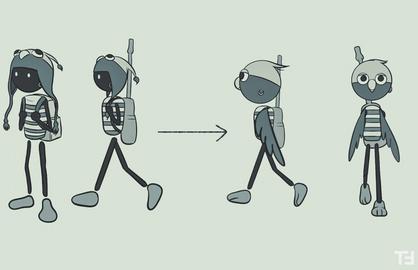